One Day as a Lion – For Che

One Day as a Lion for Che

So this link below on failblog shows the opposite of epic fail when it comes to Facebook”s new layout.   You can post some pictures to your profile, and basically make a huge collage.  Very neat.  Check it out. 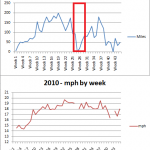 Since my stats are in an Excel doc, I figured I”d get some statistics together and start doing some goal setting for 2011”s race season.  Here”s the start. 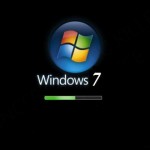 This weekend I had Che install Windows 7.  I had to walk him through certain areas, and I sent this to him before hand.  It looks like this article helped him out tremendously, so I””m linking to it.

So this week should be interesting.  I’m hoping that I can gain some traction back since I’m down about 5 or 6 games on the rest of the field.  Here goes…

Some suprises on this week’s list.   I’m predicting upsets of Georgia over #12 Arkansas, Baylor over #4 TCU, Arizona over #9 Iowa and Notre Dame going into East Lansing and beating Michigan State.  Enjoy…

UPDATE:  Well, all my ‘upsets’ sucked dick this week.  Lost the Georgia/Arkansas game with 16 seconds left, lost the ND/MSU game in OT.  I did get Arizona right, but they almost lost it, and of course TCU kicked the shit out of Baylor.  Maybe next week…

So this is published and everybody sees who I picked and how I did.  19-6 this week.

Creating a ringtone for your iPhone using iTunes

Steps that I”ve used to create your own custom ringtone for your iPhone using some features in Windows and iTunes.  This articles uses iTues 9.2.1.4, and iPhone IOS 4.01.

So as of today, I”m at 8 weeks and 1 day from the break of my right collarbone.  According to alot of stuff I”ve read, at 3 weeks or so you can resume some activities, and by about 8 weeks you should feel pretty good.  I can say that”s true.  The guidelines basically say it takes 12 weeks to heal completely, and I would say that”s probably right.  I can do 90% of the things I could do before, with some small exceptions.  I can pick things up, put my shirt on, scratch the opposite side of my body with my right arm (try reaching across behin your opposite shoulder to see what I mean) and even ride a bike (I”ve done probably 400 miles since the accident).