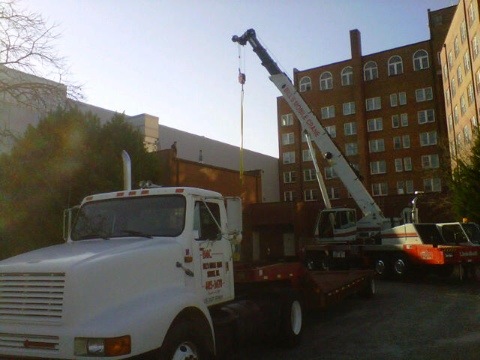 Couldn’t believe I saw this today. 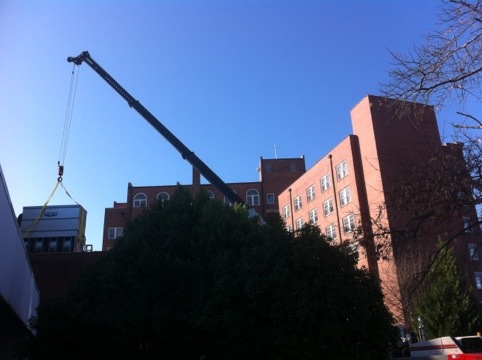 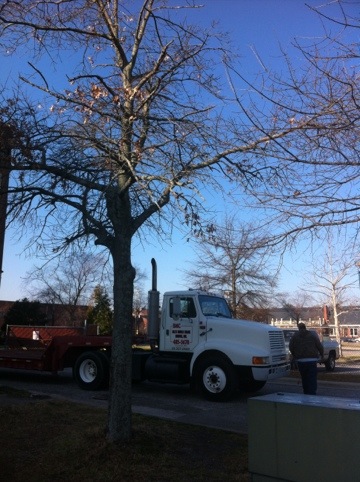 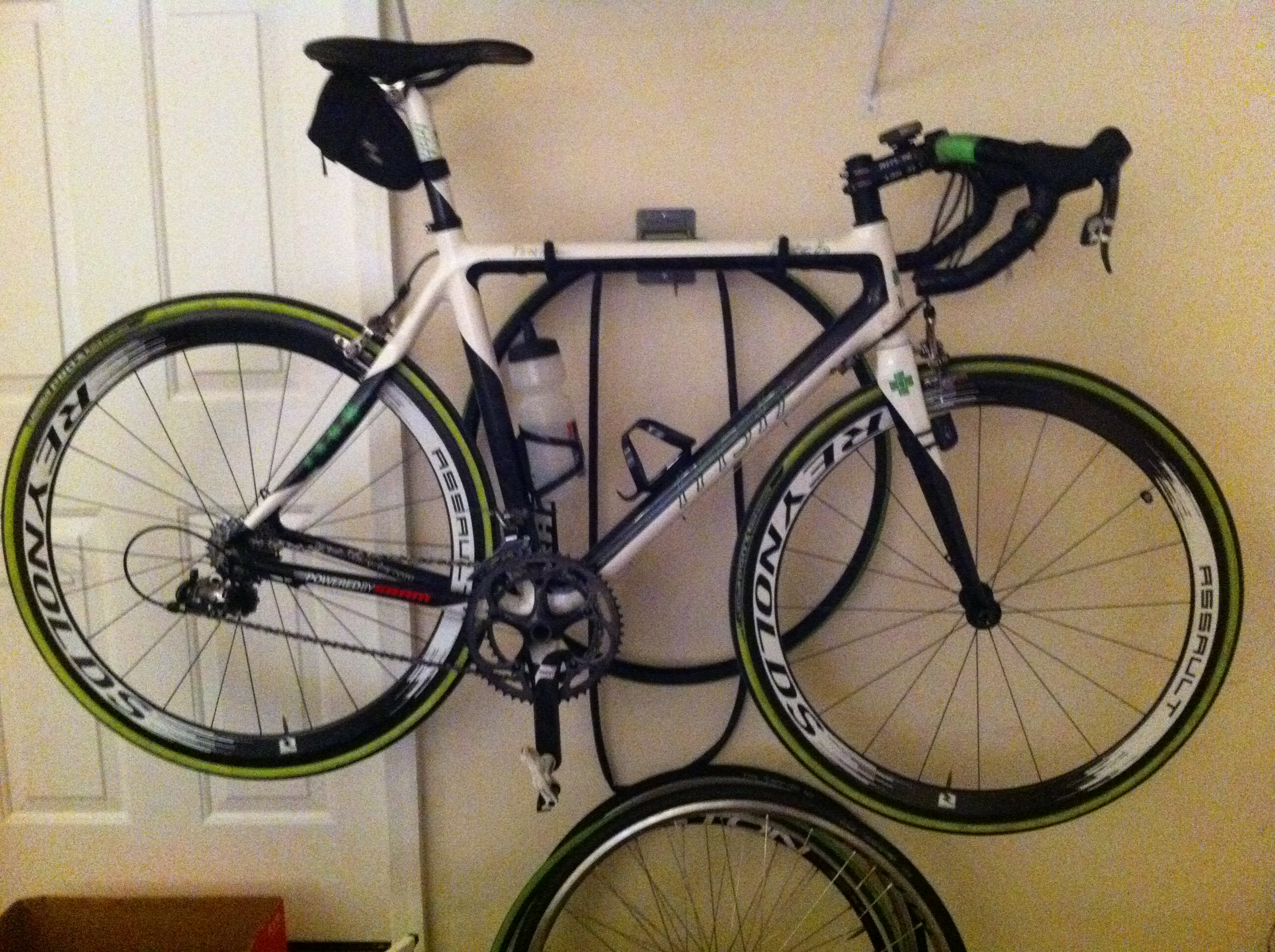 More of a work area/hanging area, but you get the idea.

So NBC Sports is doing a fantasy game this year (as Versus did last year).  I did it last year, and must admit it was pretty cool.  This is my 2011 lineup. 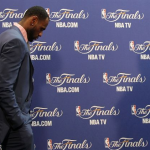 LeBron at the press conference after NBA Finals Game 6

So I’ve read all these articles about LeBron James and how bad he is for the NBA and how selfish he was by having a special announcing where he was going to pay.  And yes, he lost in the NBA Finals in 2011 folks.  But I have alittle bit to say about Mr. James that you assholes need to hear.

I’m no writer, but I’ve decied to write something about LeBron and all the “haters” because I’m tired of the bashing for a kid (yes, kid) that’s done a TON for the game.  I’m breaking my so-called-argument into 3 different sections so the morons that may be reading this can follow along.  Yes, I’m going to put this out so all the LeBron haters can read it, so this statement is directed at you.

Before  get started, I’m going to give the haters someting that is the equivalent of the “Bunny Rabbit” experience from the movie “8 Mile”.  Yes, he did create a TV show to tell everybody where he was going to play next season.  Not smart, however alot of kids at the Boys and Girls club got a great experience, and he raised $2M for the Boys and Girls Club of America that night.  Yes, he did snub his home town.  And to be honest, I wouldn’t want to play in Ohio anyway.  Fuck Ohio.  And yes, he did turn his back on teammates and an organization that raised him.  Sorry, not everybody can stay with a losing program.  Winners know when it’s too difficult to move on.  Do we need to bring up the letter from the owner after LeBron left?

So we must remember that this is the guy that came out of high school to the NBA.  At 18 years-old, the guy was productive, 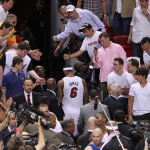 articulate, and a very good representative of young adults turning professional in the NBA.  We all know the stories of the few successful high school-to-NBA players, but there were TONS that didn’t make it because they were either not talented enough, or too stupid to figure out how to maintain in the NBA.  I’m no genius and I don’t know from experience, but if anybody with half a brain is reading this, you know that the NBA players travel a ton and are playing pretty much every other day on average.  Some days you play back-to-back games, but in most cases the average is playing every other night.  If you’re not a fat ass, you know that running up and down the court for 48 minutes is rather cumbersome and can exhaust you alittle.  And by alittle, I mean alot.  For a guy that rides about 200 miles a week and has started to race in the past year, I can definitely appreciate the physical efforts that professional athletes have to put in.  And remember, that they travel several hours every other day.  So to have all that on top of you, along with the fact that you’re playing against 10 to 15 of the best 300 basketball players in the world each night, yeah, I have alot of respect for that.  Did he grow up in the years in Cleveland?  Sure.  But was he ready for the NBA?  I say he was.  And obviously his numbers show it.

So we all have seen LeBron on a break away, getting a dunk or an alley-oop.  That’s classic, and it’s enjoying to see.  Some people say that LeBron isn’t a shooter.  Well, in the first few years in watching him in Cleveland, I would agree.  He shot WAY TOO many 3-point shots and didn’t understand his true talent to get to the basket.  After he learned what gifts he had, he set it into play and created alot of success for Cleveland (note that they got to the finals with San Antonio due to this type of play), however in the Finals in 2007, he wanted to do nothing but be a shooter.  Since that time, he’s focused on improving his shooting numbers, including his 3-point shooting percentage.  From 29% shooting in his rookie season to over 33% in his last season with Cleveland.  In his first year with Miami, he show less 3-point shots than previously, and this is partially because of his role in Miami (they had some pretty good 3-point shooters if you didn’t look at their roster).

This is one that’s pretty simple to write.  The haters will see what they want.  The people that give LeBron credit will see what they want.  In short, LeBron is not Michael Jordan.  He’s not, and I’ll admit it.  He’s probably not the greatest player that’s every played (yet, but I’ll play along and say he’s not for all you haters out there).  Hell, he may not even be the best small forward to have ever played.  But the guy is great.  He’s great for many reasons.  His play on the court, his BALLS to leave his home town after 7 years of not getting the job, and the fact that he’s been compared to Michael since he was probably 16 or 17 years-old.  So yeah, give the guy a minute.  Because with the little bit of stress you and I have in our lives, we’ve never had the amount of stress that this guy has seen, with the expectations of a City and a state on his shoulders, let alone the stress of having the entire NBA on his shoulders.  Oh yeah, and more rebounds and assists on avg. than Mr. Jordan.

So to all everybody, I say fuck off.  Leave LeBron alone.  He’s only 27 years-old.  He’s younger than Michael was when he won his first title.  So he has plenty of time.  I think that in about 6 years I’ll send this post right around to all the folks that hated on LeBron and remind them of the times when he didn’t have any rings.  Hate on fuckers. 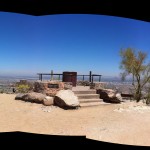 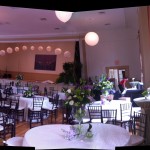 The Upper Room Panorama - The location of our Reception in Wilmington, NC.